Mobile Apps vs Web Apps: How Do You Test Them?

Sailing through the World of Web, desktops or laptops have always been a preferred means of browsing. Nevertheless, making mobile phones smart and intelligent, they have gained a tremendous pace and popularity where their ubiquity has transformed ways of consuming content.

With websites and smartphones, we have gone way beyond communication in the present era, inventing applications (Apps) which is a word that lives in a much broader context. In the software realm, an application refers to a program prepared for a specific use.

While we have bifurcated applications into web apps, mobile apps, mobile web apps, native apps, and hybrid apps, their development, testing, deployment, usage differ in a myriad of manners.

Mobile apps and web apps are designed and built very differently, perhaps aligning our focus towards their testing aspect, let’s see what similarities they share and on which page they get separated. 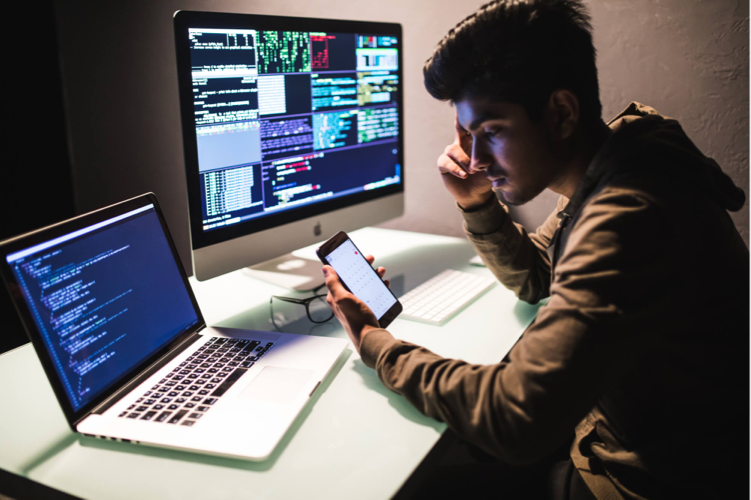 Getting familiar with the above traits, it’s easier to guess that their scope of app testing would vary vastly.

Performance Testing
Such testing type makes sure that the application works as expected even when exposed to some hefty workloads. Passing Load and Stress testing, your app succeeds the performance testing, assuring its robustness.

Functional Testing
Every app development team heavily focuses on this type of testing, ensuring that the app works as intended and thoroughly testing its specific functional behavior.

Recovery Testing
Recovery testing is the act of testing and ensuring whether an application can recover from crashes, hardware failures, and others. An app undergoes forced failure to verify that its recovery is properly performed.

GUI Testing
Testing the user interface of an application is merely a functional test that ensures the smooth working of graphical elements like menus, buttons, checkboxes, fonts, icons, images, content, and many others.

Compatibility Testing
As the name suggests, it simply involves verifications and validations to make sure that the app is compatible to work on different device types and raises no issues working on distinct operating systems versions.

Usability Testing
Usability and user acceptance testing, both are significant to ensure that the end-user witnesses a pleasant experience using an app. Usability tests are done on an app to check for mobile friendliness and intuitiveness.

Localization Testing
This testing type validates the app to run effectively in different markets, regions/countries. App’s text and UI elements align well with the user’s culture and language, enhancing their experience with the app.

Regression Testing
Regression testing is one among the others that verifies that any change in the line of code(s) doesn’t impact the app’s software and its existing functionality and features. This ensures that the app works seamlessly, recognizing changes or bug fixes or any updates, etc.

The list is not definitive, but these checks are regardless of the functionality. The checklist becomes more precise with details about the software and goals of the QA team.

[Prefer Reading: Building Your Own Mobile App: Why, How, And What’s Next]

With the given hints on the divergence between mobile app testing and web app testing, now let’s unfold those aspects one by one that stretches the line of differentiation among the two:

#Online/Offline Mode
Web apps for sure, never execute offline, they need an Internet connection. Mobile applications work correctly with a connection to WiFi or cellular network but there are a few that enable only basic functionalities to be displayed when tried to run offline.

Most mobile applications ask for a reliable Internet connection to make a head start.

#User Interaction
Concerned with user interaction a web-based app usually involves the use of a mouse, keypad, buttons, and touchpads and with mobile apps, one can tap, swipe, slide, pull shake, use voice commands to pursue user-device interaction.

In different respects, there involves testing of all these features and functionalities at their different levels, adding on to the testing checklist.

#Storage Capacities
The hardware constraints such as low RAM and storage space put some performance restraints on mobile app’s operation and performance that further impact the user experience.

On the flip side, there are a few parameters that slow down the web application based on low storage, outdated hardware, enormous tabs opened in parallel, etc. Although these factors are less critical, they base a reason for QA team/ software testers to conduct different tests to keep web and mobile apps updated and storage compatible along with verifying the device hardware configurations and alignment.

#Cross-Platform Compatibility
While web applications are tested against different browsers, mobile applications get screened and tested over a wide variety of e-devices that expand their functionality and work extensively when stepped from one device to another.

Cross-platform compatibility checks are easier to perform for web-based apps as compared to the mobile ones where the QA experts need to pay deep heed towards the technical characteristics and facets of mobile devices and how they affect the app behavior when seen a change in device or OS.

The most important characteristics include:

[Prefer Reading: Application Security: The What, Why and How]

Testing web and mobile apps unearth the potential issues an app might possess. Even if there are similarities and differences while executing checks over web/mobile apps they still require passing the checkups to leverage their scope of utility and reach.

Carrying hands-on experience working on the strategic areas of mobile and web app testing, our experts test and refine all kinds of applications, ensuring their usability and functioning under different circumstances.

Our Web Development and Mobile App Development Services can help you reduce and optimize your testing and app development efforts, making the entire SDLC process thorough, smooth, and budget-friendly. Get in touch now!

I crunch numbers and make sure nothing breaks here. Specialist at testing APIs, software, performance, and usability.

Web Accessibility Statement: What Is It And How To Write One 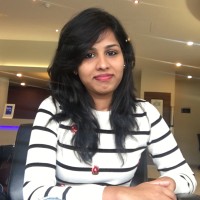 I crunch numbers and make sure nothing breaks here. Specialist at testing APIs, software, performance, and usability.